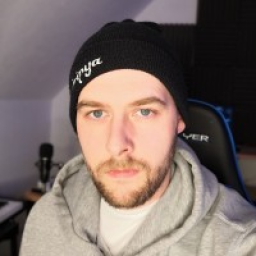 Saying goodbye is hard and even more so if you don’t know how to say it to a German native speaker! We all know that it’s rude to just walk away from someone without saying goodbye; not only in Germany but everywhere.

So it’s important to know how to say goodbye in the language your recipient is using. 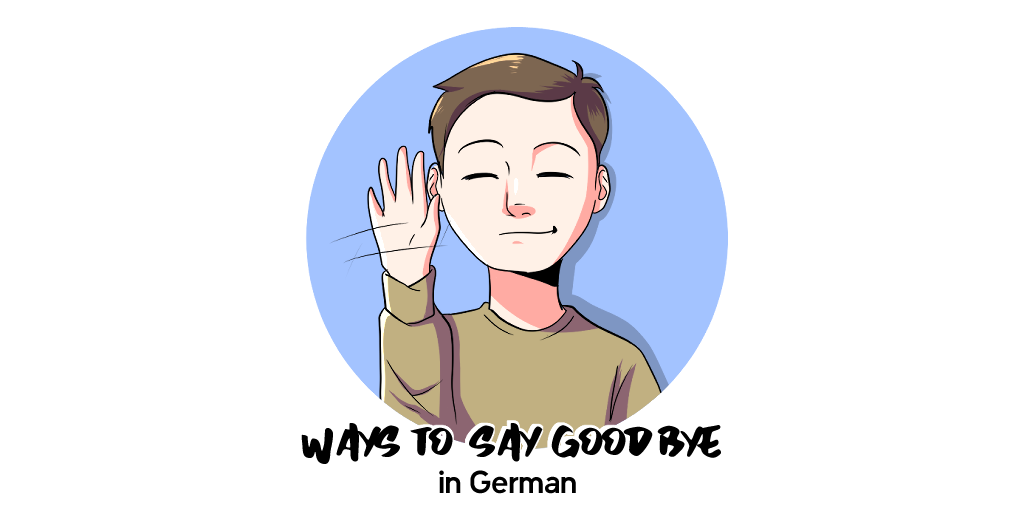 Saying goodbye in German is quite similar to the English language, so if you know the right vocabulary to use you won’t have any problems.

The actual act of goodbye or the moment, in which it is said – the parting – is called Abschied in German. The verb sich verabschieden or to part comes from there (we part/are parting = wir verabschieden uns).

Let’s break down the different ways to say goodbye in the great language of Goethe and Schiller.

Here are some of the ways you can say goodbye to someone in German friendly or in a more casual situation.

This is the basic word for “bye” and will work in almost every situation. It’s used by almost everyone and it’s highly versatile. It’s a customary word in the standard German dialect or Hochdeutsch.

Beginners in the language can’t go wrong with Tschüss. There is a diminutive version of this word, Tschüssi. Some will tell you only children use it, but there’s nothing wrong with Tschüssi if you want to sound more charming and endearing.

This means “good night” and is less formal than Guten Abend (good evening) and Guten Morgen (good morning). It’s about the same as Guten Tag (literally ‘good day’, but it’s more like the equivalent of “hi”). Again, a less formal version is possible, which is just Tag.

If you want to say “see you later” instead of “goodbye”, you can say Bis dann or Bis später. They are good options to temporarily part with people you know only casually.

Want a more casual and laidback way to say goodbye to someone? Bis Spater is the one you can use! The next time you bumped into someone and go on your separate ways, give them a quick “Bis Später!”

This is a casual way to say “See you later.” The difference to bis später is that with wir sehen uns, you don’t indicate even an approximate timeframe, in which you’ll see the person. It translates as “We’ll see each other” or "I'll see you, and you'll see me".

After you make plans with a German speaker, you can say wir sehen uns dann, which means “See you then.”

A related option is bis zum nächsten Mal. You can say this when parting with a person you see often, like a coworker or classmate. It means “until next time.”

This translates as “talk to you later”. You can end a phone or online conversation via audio by saying this.

You can say Schönen Tag or with a noch after it (Schönen Tag noch) when seeing a German speaker off. It is a friendly way to say have a nice day or have a great day. An even more casual option is just Tag.

To wish someone a nice vacation, you say Schönen Urlaub. This is used when someone is planning to travel somewhere for pleasure. Students and other people who have semester breaks will hear Schöne Ferien. Urlaub is a holiday as in time off from work, while Ferien is a school break, usually coinciding with holidays like Christmas and Easter.

You can say this in many different contexts, but it’s usually when saying bye to someone who has made plans to do something fun. That’s what it means: “have fun.”

Last way to casually say Goodbye in German and maybe a surprise to some, but, yes, the Italian ciao is very common in bigger cities in Germany. Berliners claim they hear it as frequently as Tschüss. Also, Germany isn’t the only European country where ciao is popular.

Now let’s enumerate the ways you formally say goodbye in German. The ones you use in serious situations like, in your workplace or saying it to someone you don’t know personally.

This is considered the formal version of Tschüss. It’s a bit old-fashioned but very suitable in formal situations. The literal translation is “until the next time we hear each other” but it’s somewhat like “farewell” in English.

It is the same as Auf Wiedersehen, but it’s used only regionally in Southeast Germany and Austria.

This perhaps is the most formal way to say goodbye in German. Lebewohl translates as “live well”. The use of this word implies that you won’t see the person for quite a while, making it unsuitable when casually seeing someone off.

It’s appropriate when someone is going to be traveling for a long time or moving permanently. Gute Reise or Schöne Reise are ways to wish someone a good or a nice trip if it’ll be a short one.

The word Lebewohl also exists as a noun denoting the actual moment of saying goodbye, as in “a farewell” (das Lebewohl), much like der Abschied (the parting). To indicate that you and someone parted today, you say, “Wir haben uns heute verabschiedet.”

BONUS: Different ways to end a conversation in German

There are other ways to end a conversation, both informal and formal. In this section, we’ll give you a few useful phrases to use in both of these situations.

To part with someone close to you, Germans say Mach’s gut. The English equivalent of this is take care. This is very colloquial.

To say “It was nice talking to you again”, it’s “Es war toll, mit Ihnen wieder zu sprechen.” This is appropriate unless it’s your first time meeting someone.

If you want to meet someone again in the future, say, “Hoffentlich treffen wir uns wieder” (hopefully we will meet again).

Thank you for reading our article. We hope you enjoyed it and discovered different ways to say goodbye in German.

Try using what you have learned today so you will become more familiar saying goodbye in German!

Please check out our other articles on German and good luck with your language studying. Bis Später!

Hi! I'm a German native who was been speaking English since elementary school. I have 5+ years of experience in writing and love talking about all kinds of topics. By sharing my knowledge, I hope to introduce more people to my native language.

How To Say Hello in German

5 Hip Places to visit in Germany