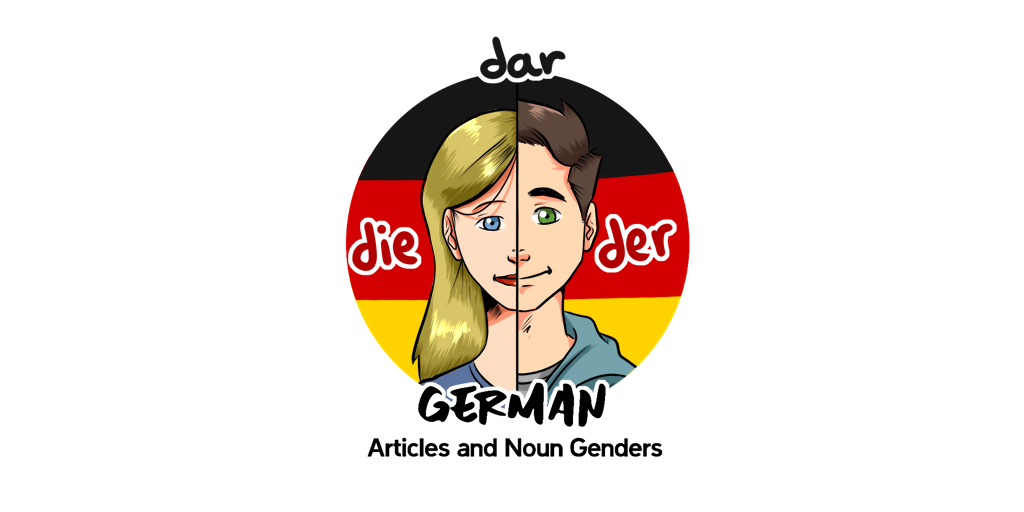 For English speakers, the idea of grammatical gender may seem odd. Why is a table male, a door female and a window neutral in German?

Though it might feel random and an arduous task to remember, there are some consistencies and rules to help you identify what is what.

We will look at each one in detail, so you can start using grammatical gender with confidence.

The Grammatical Gender of German Nouns in Brief

German nouns have a gender, including objects and abstract concepts, not just people or living creatures. This can take a bit of time to get used to, but quickly it will feel completely natural.

Let us start from the beginning and review what a noun is.

What is a noun?

A noun is an identifier; it identifies what something or someone is. This can be tangible, such as table, book, house, person or abstract, such as anger, idea or happiness. Names are also nouns.

In written German, nouns are easy to spot, they are always capitalized.

Now we need to look at German nouns in order to understand why gender matters.

The German language has three genders. This means, that nouns are either masculine, feminine or neutral.

Whether a word is masculine, feminine or neutral is unfortunately fairly arbitrary, and sometimes seems to defy all logic. But there are a few clues that can help you learn and remember the correct gender of many words even without the article. The first clue is the word-ending.

Though these rules apply to the majority of nouns, there are always exceptions. Here are some rule breakers:

It also helps to know, whether you are talking about a man or woman. If the noun identifies a person, the grammatical gender usually matches the gender of the person.

One would assume that the girl would be feminine, but it is neutral. But note that the word-ending is -chen.

​Nouns with this ending are always neutral. Adding -chen or -lein at the end of a word, emphasizes that something is small, cute or insignificant. Seems a bit sexist, but these are the rules of grammar.

3. But sometimes the grammatical gender does not relate to the personal gender. It is not an indication, whether the person is male or female

4. Some words can be masculine and feminine, depending on which article you use

The noun itself does not change. Either the male or female article is added, depending on context.

5. Certain subjects or groups of words tend to be a specific gender

Days of the week, names of the months; seasons, and many weather-related nouns are all masculine.

Many common names of trees and flowers are feminine.

Verbs and adjectives that have been transformed into nouns are always neutral.

And because Germans love to combine words to make extra-extra-long words, let us have a quick look at these

Words that are put together from several words of differing genders always take the same gender as the last part of the word.

There are three grammatical genders in the German language, recognizable through the article in front of the noun: masculine, feminine or neutral.

If you familiarize yourself with word-endings and pay attention to actual genders, you are halfway there. But there are no hard and fast rules, it can be confusing at the beginning, so try to learn each noun with the definite article right from the start.

If you do mix up your der, die, das, it´s not a disaster, you will still be understood. But if you get it right, it will be music to the German ear and make for a much smoother conversation. And it will also be relevant and useful to know the gender of your nouns when using adjectives and pronouns.

But I will save this part for another time.

About the Author Silke

Silke writes for work and pleasure. When she is not at her desk, she likes to grow food and other interesting plants on her farm in Portugal.

German Vocabulary for Jobs and Everything Career-Related!

A Quick Guide to German Greetings