German Vocabulary for Jobs and Everything Career-Related! 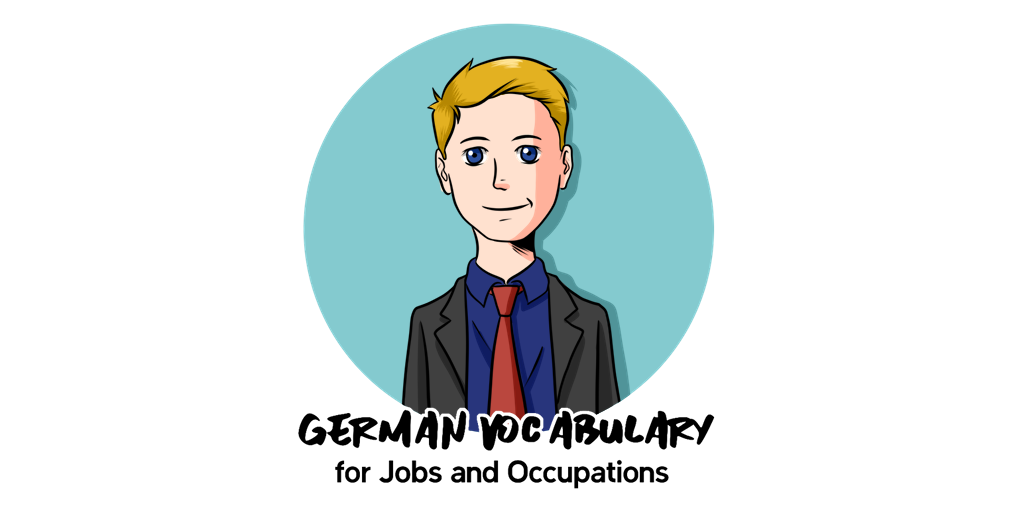 What they do for a living is one of the first things people share when they meet for the first time. It’s important to know the German vocabulary for jobs and occupations if you want to socialize with other German speakers.

You start by asking, “Was machen Sie beruflich?” or "Was sind Sie von Beruf?" This means "what do you do for a living?” or “What’s your job?"

This article will list common jobs divided by type, job search and interview vocabulary, the most common job interview questions and an HR expert’s recommended answers as well as other interesting job-related facts.

Most English speakers have no qualms about asking people about their jobs. It's a good way to introduce yourself and make small talk. Germans are not as likely to ask.

Of course, this doesn’t mean all Germans have a problem with being asked, but some of them might. Keep this in mind when you meet new people.

Now, on to the specifics. All jobs have a feminine and a masculine form in German. Where the terms coincide, the gender is indicated by the article; der for the masculine and die for the feminine.

The plural form is often the same as the masculine singular. Usually, the feminine form ends in –in. Sometimes, the plural or feminine form will feature an umlaut.

That’s the pattern. What else is different when it comes to gender and occupation? Men and women’s salaries, of course. In Germany, the pay gap is 22 percent on average.

The biggest lack of parity is in the state of Baden-Württemberg, which has a 26.5 percent pay gap. At the other end of the spectrum is the state of Mecklenburg-Vorpommern with a pay gap of 16.4 percent.

We mentioned adding umlauts earlier. For example: der Koch (m) – cook, die Köche (pl) – cooks, and die Köchin (f) – female cook. The rule is the same even where there are different words for the male and female in English.

Here are some more professions in the artistic realm. While freelancers transcend boundaries, they are included in this category.

You’ve probably thought about working in Germany at least once. This is why I’ve decided to add a section about the most prestigious and highest-paying jobs in the country.

The section starts with dentists (Zahnarzt, Zahnärztin) and doctors (Arzt, Ärztin). The plurals are Zahnärzte and Ärzte. Market research company Statista recently carried out a study on 60,000 professionals with full time jobs to rank the best-paid ones.

Doctors and dentists are at the top of the list with an average annual salary of almost EUR 80,000. Health is of top priority, especially at times of a pandemic outbreak.

Next on the list are lawyers (der Rechtsanwalt or just Anwalt, die Anwältin), plural die Anwälte. Finding a good lawyer is a difficult task anyone with a legal issue will face.

A solid justice system makes a country seem fairer and better developed, and Germany is in the top 10 in the world when it comes to this. If you graduate law in Germany, you can expect to make as much EUR 74,013 a year.

Architects (der Architekt, die Architektin, (pl) Architekten) design the buildings and structures people work and live in. They plan the way space is used. A skilled architect can not only design a visually appealing building, but make sure it is strong and stable.

Architects cooperate with other professions, such as engineers, to construct spaces that meet people’s occupational and residential needs. They make around EUR 56,000 a year in Germany.

Engineers (der Ingenieur, die Ingenieurin) make even more – approx. EUR 70,000 annually. A standard degree in this field includes general knowledge from all aspects and branches of the profession, such as structural and industrial engineering.

Engineering degrees are scientific in nature, which is why they are pretty challenging to obtain.

Last but not least, there are computer scientists (der Informatiker, die Informatikerin). Their role has become critical with the advent of technology.

The mathematical models and algorithms they discover make it possible for everyone else to work and communicate digitally. Where would we be without them in times of world crisis, like COVID-19, with billions of people relying on IT to keep their jobs?

According to 2019 data, computer scientists earned an annual salary of EUR 68,241 on average, but this figure has likely gone up since.

There is a rather large group of masculine nouns in German that goes by the name of N-Deklination. The name comes from the fact that in all cases except the nominative, they get an -n or -en at the end. Many of these words are for jobs and occupations.

There is a change if we use the indefinite article ein. An employee is ein Angestellter (nominative) with the suffix -er. The logic behind it is that it shows the noun is masculine. Without the article, it would still be Angestellte like the feminine.

Other nouns in this category include

The same rules apply for all of the nouns in this category.

Like in English, the German words for businessman and businesswoman are different: Geschäftsmann and Geschäftsfrau. Unlike English, Kaufmann is a male merchant and Kauffrau a female one.

The word for nurse is Krankenschwester, from krank – sick and Schwester – sister. Although some men work as nurses in Germany, “Krankenbruder” isn’t a male nurse. It means “infirmarer“, an archaic word that’s become obsolete.

This data was published by career portal Gehalt.de in its Gehaltsatlas (Salary Atlas), which offers insight into the impact of one’s region and industry on income.

Here is a list of vocabulary for the other common occupations, which weren’t included in the other sections:

Talking about work often involves asking certain specific questions and answering them. To help you understand what someone is asking and know how to respond, we’ve compiled a list of common inquiries and sample answers.

"Wo arbeitest du?" means "Where do you work?" You can say one of these things:

Applying for a Job

Our final section includes the most common interview questions and suggestions from an HR expert (myself) on how to respond.

Erzählen Sie etwas über sich selbst. – Tell us something about yourself.

It shouldn’t be something that’s on your resume - on the off chance they’ve read it. And it has to be relevant to the job you’ve applied for.

This shouldn’t be hard because our resumes should never be more than three pages long. A lot of relevant projects and work experiences are left out.

Don’t talk about general things, like your hobbies. It’s nice that you enjoy walking in the park. Unfortunately, the interviewer won’t care.

Warum sollten wir Sie einstellen? – Why should we hire you?

“I’m here and you’re hiring” isn’t the best answer. Play up your job-relevant strengths without bragging. Mention some positive personality traits, such as being hardworking and loyal.

​Was ist Ihre größte Stärke/Schwäche? - What is your greatest strength/weakness?
Be honest in both cases.

Warum wollen Sie bei uns arbeiten? - Why do you want to work for us?

Again, honesty is the best policy. Mention good things you’ve heard about the company and how you see your role within it.

Wie gehen Sie mit Erfolg/Misserfolg um? - How do you handle success/failure?
Ideally, something along the lines of “accept it and move on.” You need to make it clear you’re able to learn from your mistakes.

Wie gut arbeiten Sie mit anderen zusammen? – How well do you work with others?

Notice the question will be “how well”, not “do you work well”. You must try to convince them you have people skills no matter what job you’re applying for. Give an example of good cooperation.

Können Sie unter Druck arbeiten? - Can you work under pressure?
Again, give an example of a time when you were able to work well under pressure, perhaps at a previous job.

Wie stellen Sie sich die Arbeit bei uns vor? – What do you imagine working for us would be like?

Describe how you imagine a typical day or week at the position you’re being interviewed for. Likewise if they say, “Beschreiben Sie einen typischen Arbeitstag / Arbeitswoche.”

Was sind Ihre Lohnvorstellungen? – What salary do you expect?

Again, honesty is the best policy. Ideally, give a range from – to. Don’t suggest a salary that’s lower than what you’d feel comfortable working for because you’ll probably get it.

This is a polite way to ask whether you’d be willing to work overtime without extra pay. If they’re offering a good salary, why not?

Best Cities to Work in

On that note, the highest-paying jobs are concentrated in Stuttgart. The city has a strong automobile and aerospace industry and its salaries are 125 percent of the national average. It’s followed by Munich, Dusseldorf, and Wiesbaden with 124.4, 117.7, and 115.6 percent respectively.

At the bottom of the list are Erfurt, Potsdam, and Schwerin with salary levels at around 78 percent of the national average.

The Best and Worst State to Work in

The best state to work in is Hesse with wages at 114 percent of the national average. The worst is Mecklenburg-Vorpommern with just under 76 percent. Generally, salaries in southern states are better than in northern and eastern ones.

Why Study in Germany?

German state universities are 100% free. This is a major advantage over countries like the U.K. and U.S., where education costs continue to rise. Of the 400 (give or take) universities in Germany, 150 offer English-language degree programs and courses.

The country draws international students like a magnet. English programs are an option if your German still isn’t on level B2 or C1.

Last but not least, it’s easy to get a job after you graduate from a German university. The country’s graduate unemployment is the lowest in Europe at 2.3%.

We hope this article has been helpful. Please leave your feedback in the comments section!