A Guide to German Numbers: Learn to Count and Much More 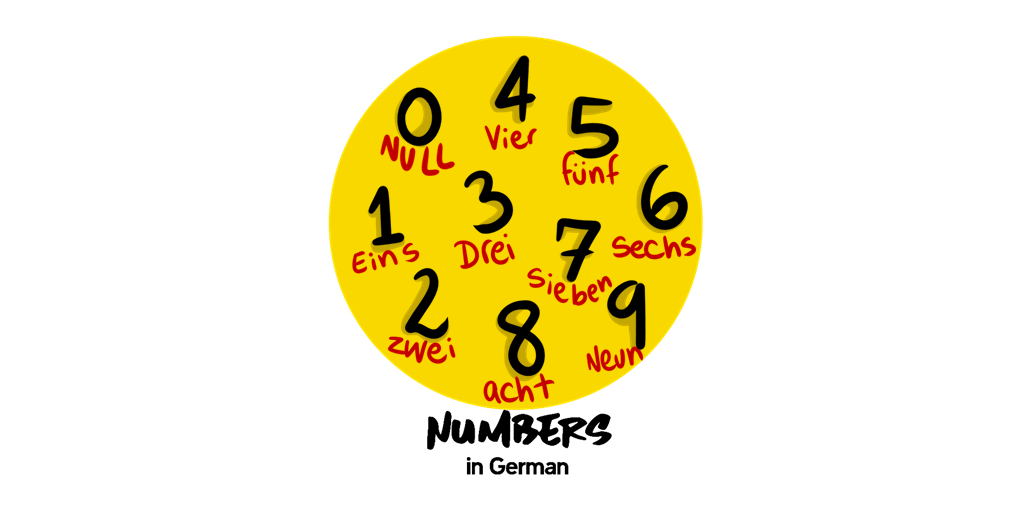 Learning to count might not seem appealing once you have passed primary school, but numbers are omnipresent in daily life.

Whether you want to negotiate a price, arrange a meeting, find out an address or phone number, or even just reserve a table for four, without some basic knowledge of numbers, even simple transactions can be difficult. But learning German numbers is easy! And it will help you to navigate everyday situations and instantly boost your understanding and confidence.

In this article we will mainly look at cardinal and ordinal numbers, when to use which, and different useful applications for both.

Let's start with cardinal ones, as these are the basis for everything else.

The term cardinal numbers or cardinals refers to the basic numbers, e.g. one, two, three…

Numbers can be used as nouns, and as such they capitalized and always feminine:

They can also be used as adjectives:

If you use cardinal numbers as adjectives, they are, in contrast to other adjectives, not subject to declension and always stay the same.

Eins (1) cannot be used as an adjective before a noun. Instead you use the indefinite article (ein/eine) to refer to a single person or thing:

Try to learn the following list by heart, because it will be the foundation for everything related to numbers:

German Cardinal Numbers from 1 to 99

Besides some deviations in spelling of a few numbers (highlighted in bold), it is all pretty straight forward. Just remember that two-digit numbers are always spelled the other way around.

You are now already able to count to 99! And from here on you can easily make it to a million.

Now you only have to combine any of the one- and two-digit numbers with hundert, tausend or Million. Please note, that eine Million and above is generally not written as a numeral, but as a word.

These might seem more complicated, but only because they can be very long words. They all follow the same rules. Here are some examples:

The ordinal numbers are used to express a sequence or order. Written as numerals, they are always followed by a full stop:

Formed by using the cardinal number plus -t (but 1. and 3. are irregular):

As adjectives, in contrast to cardinal numbers, they follow the same rules of declension as other adjectives. They can be used with or without an article in front of a noun.

Ordinal numbers can also be used as nouns:

They can also be used in conjunction with the word zu:

German dates are always in this order: Day/Month/Year

For the years just the cardinals are needed, same as in English:

In German there is no preposition before the year, unless the date is actually preceded by the word year.

For specific dates we need the ordinals:

And finally I would like to introduce you to a few common expressions which also use numbers.

Using a cardinal number with the ending -fach, tells you how many of each there are:

Using a cardinal number with the ending -er plus -lei tells you how many different kinds there are:

Using a Cardinal number with the ending -mal tells you how often something is repeated:

The cardinal numbers are the basic numbers. As a noun they always feminine, and as an adjective they do not require declension.

The ordinal numbers are the numerals followed by a full stop and refer to an order or sequence. These do have to follow the rules of declension as other nouns and adjectives.

Begin by learning the cardinals from 1 to 20, then to 99, and you have already mastered the most important part. From here on, you can easily learn to count to 100, a million, learn ordinals and everything else. And the rewards are instant! You will suddenly notice numbers everywhere and understand so much more.

About the Author Silke

Silke writes for work and pleasure. When she is not at her desk, she likes to grow food and other interesting plants on her farm in Portugal.