How to Swear in German 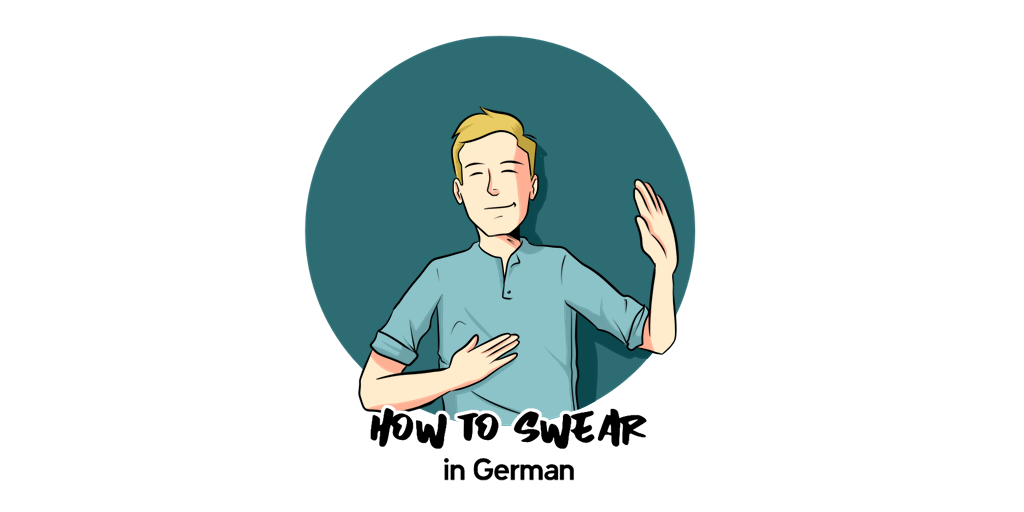 German’s the best language to yell and swear in, hands down. Just compare Verdammt! or Scheiße (Fer – dahmt, Shai-zeh) to their mild-sounding English counterparts, dammit and sh**. What’s more, there are lots where these came from.

This article will talk about the most common swear words in German, running the gamut of expletives from light to severe. Of course, English equivalents will be provided. We’ll also discuss obscene gestures and body part slang. As you know, these words can vary from one country to another. Read on!

Our list starts with Verdammt and Scheiße. What makes their use different from the use of their English translations is the frequency with which you’ll hear them.

Scheiße is used as often in German as “stupid” in English. Even children use it. The word practically pops up everywhere, even on daytime TV. It’s bordering on not being a swear word at all, yet it translates as “sh**.”

An example: in English, it’s not the same to say “that stupid movie” and “that sh** movie.” In German, “dieser scheiße Film” would be used in both cases.

Next on our list is “Mist”, which literally means “manure” or “animal dung”. This is a very common and flexible German swear word with lots of variations. In principle, it has a mild meaning extending to “nonsense” or “garbage”.

“So ein Mist!” roughly translates to “what a load of crock” or “what a load of garbage.” You might also come upon “Ich habe Mist gebaut”, literally translating as “I built animal dung” and used in the sense of “I messed up big-time, I f*cked up.”

My point is that this swear word can go up to quite intense when used in a phrase. It’s a good idea to be careful when using it.

You know “der Hund” – the dog. “Die Hündin” – you get it. Like English, Germans have their equivalent of “son of a bitch.” This phrase is milder than “Hurensohn”, which is literally “son of a whore.” Note the resemblance between “whore” and “Hure”.

You can add “Du” to make it even more insulting if you want. Then, it’s “Du Hurensohn” (you son of a whore). Without “du” to signify the addressee, the phrase can be used in a general frustrating situation.

Moderate Swears and Insults in German

The swear words in this section are a bit less common and harsher than in the first. You can use them if you want to make someone understand that you’re hurt or just to blow off steam.

If you’re confused or aggravated in a given situation, you can use Was zur Hölle? or Was zum Teufel? to express how you feel. Uttered in a high-pitched voice, shrieked, or shouted, it will be understood as “what the f*ck” or even “what the actual f*ck!”

On a related note, there’s “Geh zum Teufel” (Go to hell, literally translating as “go to the devil.”) This will work very well when you want to tell an annoying person to “f*ck off” or “get lost” in a forceful manner. The person should get the message that you don’t want them around regardless of the exact translation.

Depp – Idiot (not the actor)

The coincidence with the actor’s last name is just that. In German, this is a mild to moderate insult which means “idiot”, “jackass”, or “dipshit.”

This is a creative insult derived from Arsch - ass and Geige – violin. Germans find it to be more playful than insulting. It’s often used among friends and family.

One of the many insults containing “Arsch” and variations on it that exist in German. Here are some more:

Being called a pig or sow is insulting to Germans, just as in English and other languages.

There are quite a few phrases using swine and pig in German, such as Du Schweinehund. This comes from Schwein – pig and Hund – dog. People also say “wie ein Schweinehund weinen” (cry like a pig-dog) to mock themselves or someone else for making a mountain out of a molehill.

This insult comes from dumm – dumb, stupid and Kopf – head. This is one of the rare cases where a German swear is harsher than its English equivalent.

Be warned this section contains direct, specific, and oftentimes severe insults. We don’t want to offend anyone. They reveal the depths of German obscenity, which is not a realm to be taken lightly! Some of them translate to common English swears.

If “Geh zum Teufel” isn’t getting your message across as well as you were hoping, this is the next step. To intensify the insult, some people will add Arschloch (asshole) or another variation on Arsch.

This one means filthy whore / bastard, from Dreck – dirt, filth and Sau (swine) or Kerl (dude)

Literally, this curse translates to “assface”. The English equivalent is “f*ckface.”

The word for “expletive” itself is creative – Schimpfwort, from schimpfen – to complain. Evidently, all these words take complaining up a notch.

Yes, they are more funny than insulting. There’s also Klugscheißer – a know-it-all, from klug – smart and Scheißer – shooter, a sharp shooter. Or could it be from shitter, as in full of sh**? We’ll never know; it’s probably a bit of both.

Here are some more:

*Trivia: In English, a dive bar (“drinking den” or “other disreputable place of resort”) gets its name from the fact that these types of establishments were originally housed in cellars or basements, into which “frequenters may 'dive' without observation” according to Oxford English Dictionary.

This isn’t really an offensive word like “whorehouse” in English. Throughout history, prostitution has been legal or tolerated in Germany, even in periods of totalitarian rule, such as National Socialism (the Third Reich). In the 19th century, authorities established a system of regulation so police could supervise prostitution.

In modern-day Germany, you’ll see signs like Puff no. 5 or Puff no. 78 around town. Many brothels have no names, only numbers. At night, bigger cities come alive, aflutter with pink hearts indicating that the many Puffs have opened for business.

Das ist mir scheißegal- I don’t give a f*ck

It’s perfectly acceptable to say “das ist mir egal” or “das ist mir gleich”, both of which mean “I don’t care.” When you add “scheiß”, it becomes a curse.

Here are a few more:

In Germany, waving a cupped hand in front of your forehead shows you believe someone or something is crazy. If you look at someone and point your index finger towards your head, it is a way of telling them that you think they just did or said something stupid or insane.

Our final section is dedicated to body part slang and terms related to human sexuality. There are quite a few words with double meaning in German.

For example, Stange means “rod”, but it’s also slang for “penis.” The same goes for Schwanz, which also means an animal's tail. Blasen means “blow” and can mean the wind is blowing or someone is blowing someone, like in English.

Ficken means to f*ck, mit jemandem ficken = to f*ck someone etc. Germans use ficken only in a sexual sense. Most f-expressions in English are translated using some form of Scheiß or Arsch.

Thank you for reading our quick guide on how to swear in German. German attitudes to swearing are far more relaxed compared to the US and the UK. While you should be aware of this, don’t feel entitled to cuss at every chance you get in the fatherland of Goethe and Schiller.