How to Express Your Daily Routine in German 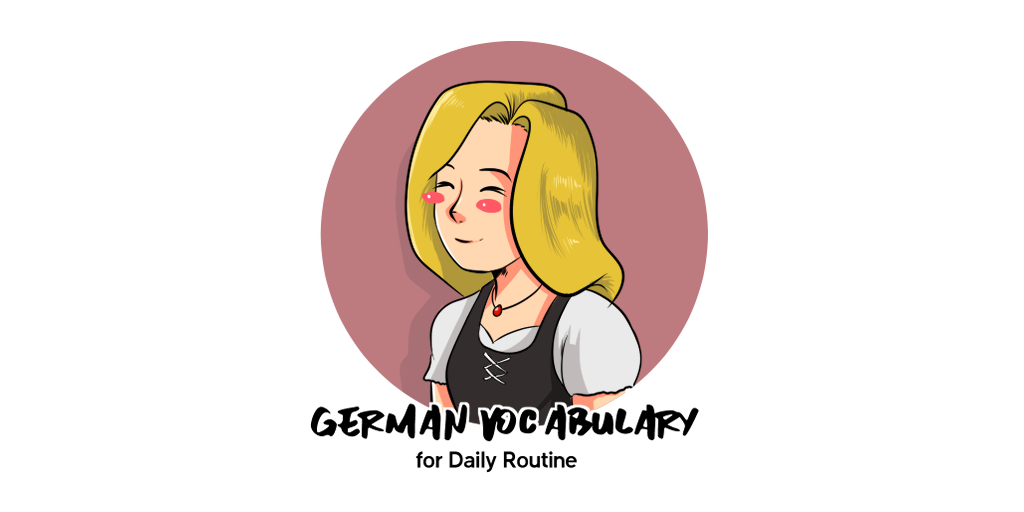 When you get up in the morning, what’s the first thing you do? Have coffee, brush your teeth, turn your computer on? Can you say it in German?

This article will explain the most-used German verbs for talking about your daily routine. You use them to tell someone how your day was or explain to your spouse why you were late from work. What is more, our German vocabulary for daily routine carries important grammar lessons that can improve your language skills.

Our first choices are both divisible verbs, which play a key role in describing the beginning of your day.

Both verbs express a transition from one state to another (ex. from asleep to awake, from lying to standing), which is why they both take the auxiliary verb sein in the past tense:

Our list goes on with reflexive verbs. These verbs act on the subject itself. They always have sich in the infinitive form. Sich rasieren (to shave oneself) is another common daily routine verb that’s reflexive. In English, we wouldn’t say, “Shave yourself!” to someone, only “shave!” but in German, it would be “Rasiere dich!”

When used in context, sich changes to mich (myself), dich (yourself, informal), sich (himself, herself, itself, themselves or yourself, formal), uns (ourselves) or euch (yourselves). Otherwise, it is conjugated normally:

Let’s go back to “sich die Zähne putzen” for a second because it’s slightly different.

While the infinitive also has sich, the reflexive verb takes the dative in the first and second person singular. These are the only exceptions.

When there is a direct object, the verb takes the dative in the first and second person singular. When there isn’t, it takes the accusative.

In addition, waschen takes the umlaut in the second and third person singular:

This verb is extra-hard because it is both divisible and reflexive. Other than that, it’s just like our previous example.

Same rule: when there is a direct object, the verb takes the dative in the first and second person singular. When there isn’t, it takes the accusative. It doesn’t matter what clothing item or accessory you use.

Quite a few reflexive verbs offer much needed convenience, for example fernsehen – to watch TV. You don’t need to use the word for television because the verb expresses the entire action of watching television.Enter your text here...

In keeping with the rule, the verb sehen (to see) takes second position. The most common prefixes in divisible verbs are: an-, auf-, mit-, vor–, zu-, aus–, ab-, and ein-.

Another example is frühstücken (frue-shtuek-en) - to have breakfast. Like with fernsehen, you don’t need to use the word for breakfast (das Fruhstuck) to express the action. Unlike fernsehen, this verb is not divisible.

Many daily routine verbs are a mix of reflexive and divisible verbs, such as sich ausruhen (to relax). It is not reflexive in English (few English verbs are), but it is in German.

Das Wochenende (the weekend) is the time to relax (sich entspannen, sich ausruhen) for people who work a lot during the week. It’s also the time when they have more things to do around the house or other chores. The following is a list of some typical activities and chores people do at the weekend.

Quiet Time and Other Laws

The laws in Germany are pretty strict when it comes to stores’ business hours. Most stores close up Saturday afternoon and don’t reopen until Monday morning. This means you need to stock up for that extra day. Only gas stations are open on Sundays and they have a limited food product range, mostly junk food, which is overpriced to make up for being open on Sunday.

After doing some chores and shopping on Saturday morning, some Germans enjoy cycling (Fahrrad fahren), taking a Spaziergang or spazieren gehen (walk), or joggen (going jogging).

Traditionally, people rest on Sundays. Many go to church and socialize. Families enjoy a home-cooked meal at noon, after which they might go for a stroll. In the afternoon, people share Kaffee and Kuchen (coffee and cake) or a slice of delicious Apfelstrudel (apple pie).

You are not allowed to partake in loud activities like playing music loudly, mowing your lawn, vacuuming, or doing any home improvement on Sundays and holidays and between 8 p.m. and 7 a.m. on weekdays and Saturdays.

There you have it, a list of German words and phrases for daily routine. What about you? Can you write your routine in German and share it with us in the comments?