“The German language sounds like a typewriter eating tinfoil being kicked down the stairs” - Dylan Moran, Irish stand up comedian

We’ve heard many times that German is the best language to use when yelling. Just as French is considered the language of love, German is that of wrath. Is that really fair to the language? We don’t think so and we believe this article about the 10 most beautiful German words will prove it. 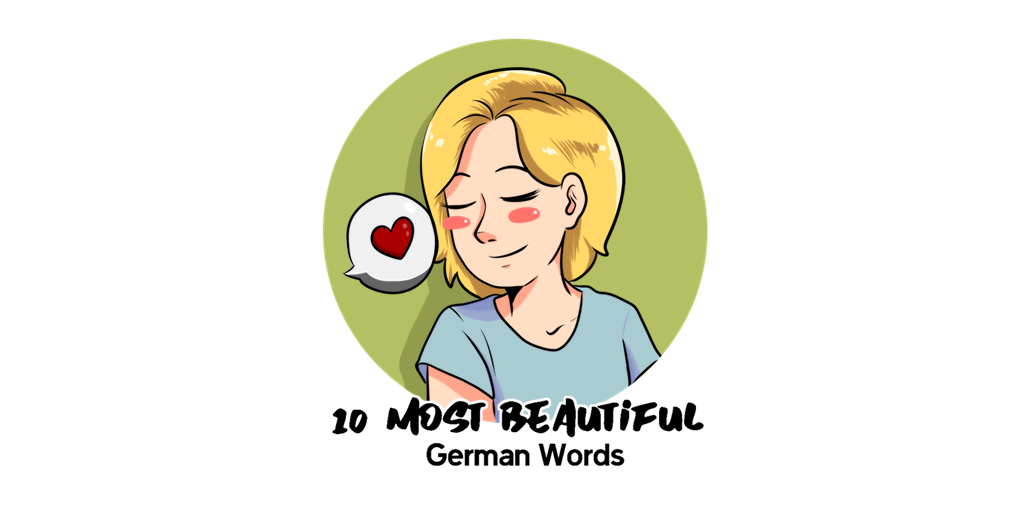 Knowledge of a New World

There are as many pleasant-sounding German words as angry-sounding ones – any native German speaker and fan of the language of Goethe and Schiller will tell you that. Many of these words are more than simply beautiful; they are uniquely poetic and expressive.

Our list isn’t limited to beautiful words. The words we’ve chosen communicate the equivalent of whole sentences, even paragraphs, in English and other less imposing and “forbidding” languages. And we’d expect nothing less from the language of a land of great thinkers, poets, and philosophers – just think of Goethe, Schiller, Adorno, Arendt, and Nietzsche. You need an expressive language to express great ideas, no more and no less.

Our list starts with this noun, which comes from the verb sich sehnen nach – “to yearn for, to crave”, and the noun die Sucht – addiction. Sehnsucht is translated as “craving”, “longing”, “yearning”, or “desire” in English, but it expresses much more than that. It is feeling as intense as addiction, a feeling of yearning for something indefinite and uncertain. The roots of the word are in high German, meaning “affliction of the painful whim.”

You’re probably familiar with this word, perhaps from the English-language film with this title. (Note: Z in German is pronounced Ts, not like in English. They spent the whole film killing the word, which took away from my appreciation of it. Of the film, not of the word.)

The compound noun is derived from Zeit – time, and Geist – spirit and means “spirit of the times”, the prevalent spirit of an epoch. This is one of many German words that expresses a concept where the speaker would normally have to use a whole phrase.

This compound noun (Welt – world, Schmerz – pain) is best translated as world-weariness. Of course, it goes beyond that. When we say someone is world-weary in English, we understand them to be depressed, despondent, tired. It is a feeling of intense dissatisfaction and loss attributed to the person and not the world itself.

In a sense, you’re responsible for the way you feel. In German, it expresses validation. You are validated in your realization that the physical world cannot and will not satisfy the yearnings of your mind and soul. World-weariness is the sinking feeling we get when we realize the world will never fulfill our expectations; that the gap between actual and ideal is permanent and insurmountable.

This lengthy, seemingly intimidating compound noun comes from Frühjahr – springtime and Müdigkeit – fatigue, lethargy. The concept actually exists in lots of languages and conveys the general feeling of weariness one tends to experience in spring, normally from the middle of March until the end of April.

Three nouns build this compound noun: Tor – gate, Schluss – closure, closing, and Panik – panic. Literally, it means “panic due to a closing gate”, which would imply claustrophobia, but it’s actually not related to that.

The word conveys the awareness that time is passing by and we must act swiftly before it’s too late. It is the fear that time is slipping away, taking critical opportunities along with it. We experience an urgency to attain or achieve something before it’s too late, but we don’t know what. It’s a very painful feeling. It’s our intuition telling us we are missing out, that our lives mercilessly go on as we struggle with mundane tasks.

From Freude – joy and Schaden – damage, misfortune, this is surely a word English speakers are familiar with. The closest translation is “gloating” – being joyful because of somebody else’s pain, suffering, or misfortune. We can relate although we might not want to admit it.

You know Heimweh, the word for “homesickness”? This would appear to be the opposite – yearning for a distant place, somewhere far away from where you are right now. This word conveys a sense of nostalgia projected towards a different and often unknown (even to us) place.

When you have Fernweh (the prefix fern implies distance, Weh – aching, woe), you long to pack your bags and travel to a more pleasant and happier place. You just don’t know where.

Einsamkeit means “loneliness, solitude.” So how does the meaning change when you replace ein (one) with zwei (two)? You guessed it – the feeling of being lonely although you are with someone. This is certainly possible; if it weren’t, there wouldn’t be two different words for “alone” and “lonely.”

In English, we imagine a person in isolation when we speak of solitude. However, “being in two is no more than doubled solitude”, writes Robert Musil in his book “Die Verwirrungen des Zöglings Törleß.”

The title was translated in English as “The Confusions of Young Törless”, but Zögling doesn’t mean “young.” It comes from zögern, “to hesitate.” When used to describe a person, it means “hesitant, fearful.”

This is another exquisitely expressive word, “joy from the anticipation of pleasure”, which obviously is pleasure in itself. When we have Vorfreude, we’re indulging in our expectation of a pleasant experience.

Vergangenheitsbewältigung is the struggle to come to terms with the past. Indeed, who would know this struggle better than Germans? It literally translates as “coping with the past.” The term has come to denote key processes in the analysis of German culture, literature, and society in the aftermath of WWII.

On a more upbeat note, we’ve compiled the most hilariously expressive words in this language for your reading pleasure.

Our list starts with this quirky combination of Kummer (grief) and Speck (bacon). This is the weight one gains from emotional overeating. Putting on some Kummerspeck is far from uncommon during a period of intense stress. It’s only human.

Anyone who’s ever been drunk can relate. A German friend told of a man who had such a genius idea after overindulging in schnapps that he decided to write it down before he forgot it. When he got up in the morning, he read the following thought, written on a napkin, “The banana is a big thing, but its peel is even bigger.” Typical Schnappsidee.

Literally, this means “peas counter”: somebody who is too detail-oriented even by German standards.

This concept has been in use since the end of the 18th century. Originally, it described a time when food was hard to come by. In English, “season of the very smallest potatoes” is a rough equivalent. The meaning has undergone some changes since the 1700s.

Nothing happens during Sauregurkenzeit or “pickle time”, the off-season when everybody is on vacation. This period lasts for a month on average, the typical German holiday period in July through August. When someone says it’s Sauregurkenzeit, you know you can’t expect any developments within a foreseeable time frame.

Mark Twain has said that “learning German is a lifelong exercise.” After a lengthy period of study, he concluded that a person who was good at languages would be able to learn English (without pronunciation and grammar) in 30 hours and French, which is slightly harder, in 30 days.

How long would it take to learn German? Twain’s reply: at least 30 years! According to him, it was obvious the German language needed to “be repaired. If it were to remain as it is, it should be shelved, with gentleness and reverence, amid the dead languages, because only the dead have enough time to learn it.”

We hope this article has convinced you of how “off” his judgment was. Almost every German compound noun has a special, unique, culturally validated meaning. This list of beautiful and funny words will help you expand your vocabulary and open your mind to a new world.